Over the past few years there’s been a huge rise in the popularity of randomised subscription boxes. Most of you have probably heard of these things in one way or another, but let’s explain for the few that haven’t.

The idea is that you sign up for an ongoing subscription (which can usually be limited in length up front) then each month you get a box containing items that would be worth more than the subscription fee if you bought them up front. The items are usually built around a theme but you don’t know what you’re going to get until the box arrives. For some people it’s a little money going from their account in return for a surprise present through the door every month. Others use them to get cool exclusive items or only sign up for a single month subscription when the theme is something they’re interested in. There are now dozens, if not hundreds, of different boxes available throughout the world from premium shaving kits to healthy snacks to geeky socks (one I aim to sign up for later in the year because, seriously, do you know me at all?).

My Geek Box is a service in the UK that has been going for a while now. I’ve flirted with the service a little, taking advantage of the single Christmas box they make to add an extra joint gift under the tree, but never gotten around to testing it fully until February this year. When I received an offer in the post to sign up for a single box and get two Welcome boxes (identical boxes, with one to go to someone else who wants to see what the service is like) it seemed like the perfect time to try the service. I’d get two boxes for the price of one (as well as a box to give out) and be able to get a good idea of the overall quality of the service. Genius plan eh? END_OF_DOCUMENT_TOKEN_TO_BE_REPLACED 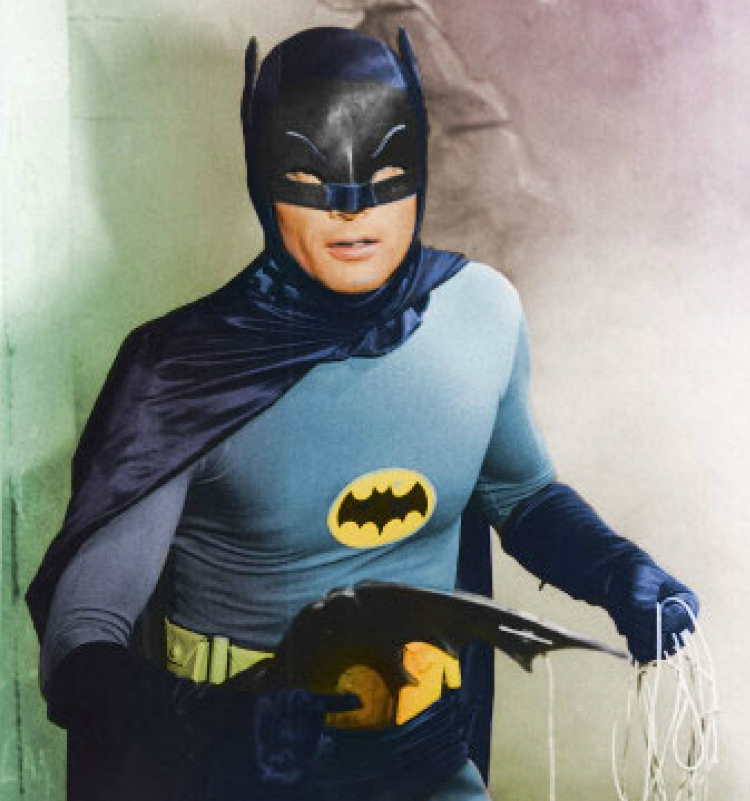 So long, old chum. Thanks for all the fun.

It was the year when cheetahs passed critical levels and started heading towards extinction, but were ignored by most because a single gorilla was put down. The year when celebrity deaths seemed to double down on themselves, taking someone who was inspiring or beloved (for me, Vera Reuben and Alan Rickman are ones that stood out, but never posted about, but there have been so many more this year that it’s felt like a celebrity apocalypse) from almost all of us. Towards the end of the year we lost George Michael, starting a load of Last Christmas lyric jokes, although many thought we’d lost him already. You see, a hoax ran over the holidays that he’d died and they were just done denying it when he actually did die. And you just know someone is boasting about their part in that as you read this, because that’s the sort of person who fakes deaths for fun.

Beyond celebrity deaths, this was the year of Zika, increased terrorist activity, tainted water, and Olympic athletes faking being mugged because…? Hmmm, did we ever get a reason for that one? Whether we did or didn’t, we barely noticed that because most of us were dead. This was the year everyone on Facebook (which I used to think was everyone but me until someone found me on there despite me deleting my profile years ago) was told they were dead by the system. Those that didn’t notice that wished they were dead later on in the year when fake news managed to screw most of the world harder than it even knew was possible, making Britain vote to leave the European Union with nary a plan of what to do now, and bringing the secret lovechild of a genetically-enhanced satsuma and a gorilla into the Oval Office.

Seriously, when someone boasts about being famous enough to sexually assault women “and they just let you”, you don’t vote that person into office. Lifehack: Never side with the rapists. Compare the Donald (a man with the ego and intellect of Kanye West, but slightly less stable) to Barack Obama, a man who had the most discussed scientific article of the year when he published to the Journal of the American Medical Association. Granted, his status as President of the United States will have bumped the amount of scrutiny the article was under, and (titled United States and Health Care Reform: Progress to Date and Next Steps) it was on Obamacare, but the fact is he was the first sitting President to submit and publish a heavily fact-checked article in a scientific journal. And then we have the incoming President who won’t read daily intelligence reports because he’s “smart” but barely manages to tweet his every thought without spelling mistakes all over the joint. 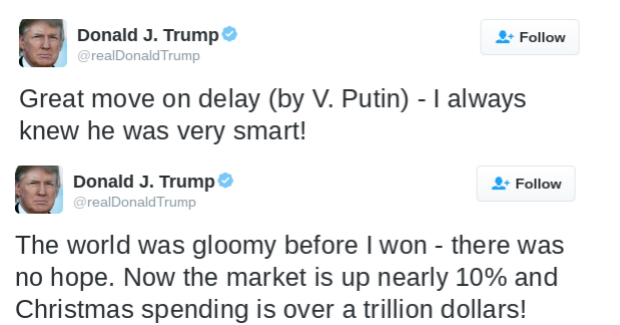 Surely it’s “unpresidented” for the rapist in chief to claim that high spending at Christmas and a resultant market surge is his doing, even if he is openly supporting the leader of an enemy state who helped him into office.

On a personal level it’s been a pretty crap year for almost everyone I know too. Jobs have been lost. People have gone without money for ridiculous amounts of time. Friends have been caught in living situations that are simply untenable. Hell, we had a taxi driver a few weeks ago whose wife had died, leaving him with an eight month old son, and who was being denied any form of help from the government when her illness drained their finances to the point that he was getting thrown out of his home. And it seems this awful time has spread around the world, just as I was getting paranoid the common denominator was me. Everyone is having a real shitty time all round, so it’s no surprise that the youths of the world tried to find something, anything, to make them feel they’d accomplished something in the fiery pits of this hellos year. Things like the incredibly difficult standing still, the running away we saw in an earlier video, and the slightly more impressive water bottle flips.

And to cap it off, and vindicate those of us who’re saying “This year just won’t end!”, this year just won’t end. Well, it will, but it has the audacity to last a whole second longer than normal. Thanks to the rotation of the planet not being perfect, occasionally an extra second has to be added to universal time in order to make sure we don’t slip ahead and have day as night tax-dodging sexual assaulters with their finger on the button. So, at the end of this year, the time won’t go from 23:59:59 to 00:00:00. This year we get to see the rare 23:59:60 rear its ugly head. An extra second. Do you know how many insults to nuclear-enpowered world leaders Trump can tweet in that time? Or how many phones can explode?

So I hope you’ll join me not in looking forward with hope to the new year and all the opportunities it brings, but in looking back with spite at the old year and hoping it burns in the special hell reserved for child molesters, country music stars, and anyone who thinks bragging about “grabbing them by the pussy” is “just guy talk”.